The Breakers mansion is the crown jewel of Newport Rhode Island mansions. It was the first mansion I saw growing up, and is the most popular attraction in the entire state of Rhode Island (300,000 visitors annually).

The Breakers is tucked away on Ochre Point Avenue, just a short distance from most of the other Newport mansions on Bellevue Avenue. It is less than half a mile from Ochre Court, another mansion that is now part of Salve Regina University.

Built in just two years (1893-1895) at a cost of over 7 million dollars (equivalent to over $150 million today), this National Historic Landmark was the summer home of Cornelius Vanderbilt II.

Mr. Vanderbilt was the President and Chairman of the New York Central Railroad, and was the grandson of Commodore Cornelius Vanderbilt. The Commodore made the family fortune in the steamship and railroad industries.

The Breakers mansion was given its name for the waves that continually crash into the cliffs below. You can see the mansion from the Cliff Walk (another must-see Newport attraction), Newport's 3.5 mile long scenic trail. 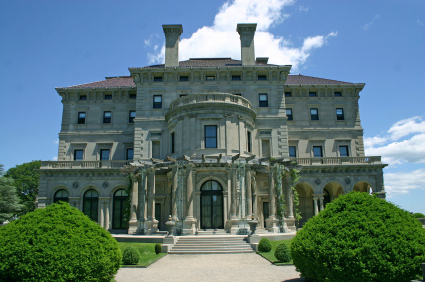 The Breakers is open daily year-round, except for Thanksgiving and Christmas Day. 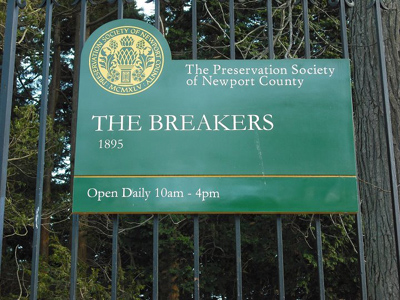 Tours start on the half hour, and you can either follow a tour guide or you can pace yourself with an audio tour.

These audio tours are cool, because you can listen to detailed personal accounts of the residents and servants. The Breakers is now offering its newest audio tour, "The Breakers Revealed".

Remember...no strollers allowed, and no photos or videos inside the mansion.

Take as many as you want outside, and feel free to share them and any stories of your adventures with us! We love to hear about other people's experiences in our beautiful city, especially trips to the Newport RI mansions. 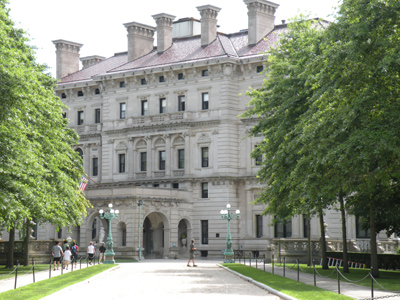