See how the elite lived during Newport's Gilded Age

Bellevue Avenue, my life was nothing like the elites who spent their summers in those "cottages" during Newport's Gilded Age.


It's crazy to imagine, once you've seen these mansions, that people actually lived there! They must've gotten lost all the time. Or maybe they had servants in every room to guide them if they weren't sure where to go.

I can't remember for sure which mansion I saw first. It was probably The Breakers (pictured below). 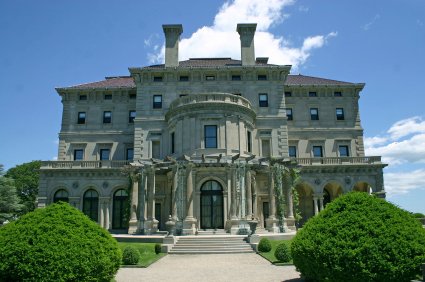 I do remember my grandmother bringing me and a couple of my cousins to tour them during the summer.

Although I appreciate the architecture and history alot more now, I still enjoyed seeing these colossal homes as a child. We had fun and took many pictures. If I can ever find any of them I'll get them up on the site. Here's a list of the Newport RI Mansions, in no particular order:

Newport Rhode Island was the summer playground of America's wealthiest families, including the Vanderbilts, the Astors and the Morgans. During the 19th Century, America's elite summered here, usually for only six weeks.

They raced their yachts in Narragansett Bay, relaxed at Bailey's Beach, played tennis at the Newport Casino (the current site of the International Tennis Hall of Fame) on Bellevue Avenue, and hosted extravagant parties at their homes at night.

Not a bad life, huh? 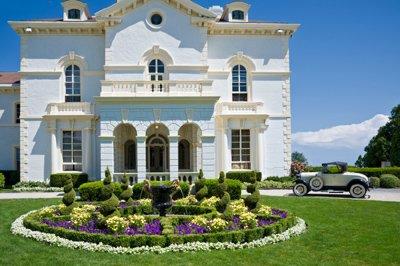 Luckily for you, you can experience most of these things as well (all except going to Bailey's Beach-it's still private). You can:

Some of the Newport Mansions are open on weekends throughout the year. The Breakers is open daily, year-round. Others only on special occasions. During the summer, they're open daily, but they can be busy. Be prepared to wait a half an hour or so. It's well worth it. 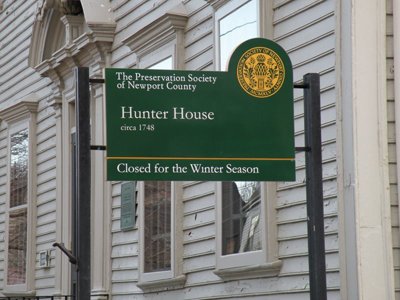 There are also some great package deals that you can take advantage of.

From May 16th through October 12th, the Newport Mansions Premium Tour allows you to see the three most popular mansions (The Breakers, Marble House and The Elms).

You also get a Behind the Scenes Tour at The Elms, and you can have lunch at The Elms Carriage House Cafe.

You can tour the Newport mansions in any order you wish, and you can spread them out on different days. This is a great deal at $49 for adults and $19 for children.

Visit the Preservation Society of Newport County's website to purchase tickets in advance, or you can just buy them when you get there. 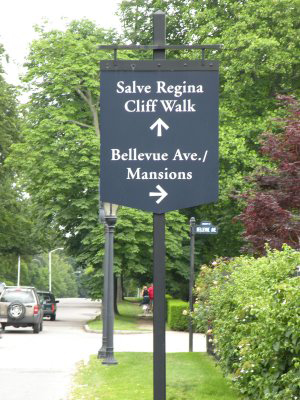 In addition, if you think you may be interested in attending any of the lectures or special events held at any of the Newport mansions, it might make more sense for you to become a member of the Preservation Society of Newport County. You'll save a lot of money that way.