See how the heiress lived at Rough Point mansion

Doris Duke, the reclusive tobacco heiress and philanthropist, loved Newport and summered here for many years. Rough Point, the 39,000 square foot mansion with 105 rooms, was one of her many beautiful homes.

Duke passed away in 1993, and after some legal issues were sorted out, the property was opened to the public in 2000. I was lucky enough to see it at that time when I worked a small event that was held there for the opening.

Located at the southeastern end of Bellevue Avenue, Rough Point overlooks Newport's beautiful rocky coastline and can be seen from the scenic Newport Cliff Walk.

Click the play button to load the interactive panoramic image

This Newport Rhode Island mansion was commissioned in 1887 for Frederick W. Vanderbilt, the sixth son of William H. Vanderbilt. Frederick's older brothers, Cornelius (who built The Breakers) and William K. (built Marble House) had "summer cottages" of their own just up the street. 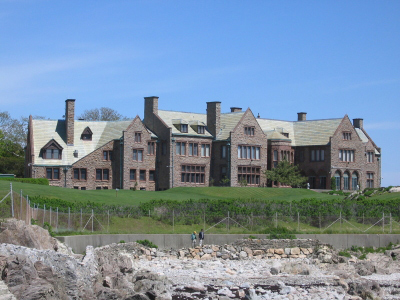 Vanderbilt sold the property to William B. Leeds in 1906, and Leeds' widow sold it to James B. Duke (benefactor of Duke University) in 1922.

Just one year after completing renovations in 1924, Duke passed away. He left the home and his fortune ($100 million) to his 12 year old daughter Doris Duke. Doris continued to use the home up until her death in 1993 at the age of 80.

This property is very different from the other Newport mansions. There are guided tours here, but it was actually dedicated as a museum, which Duke required in her will.

Painting of a young Doris Duke 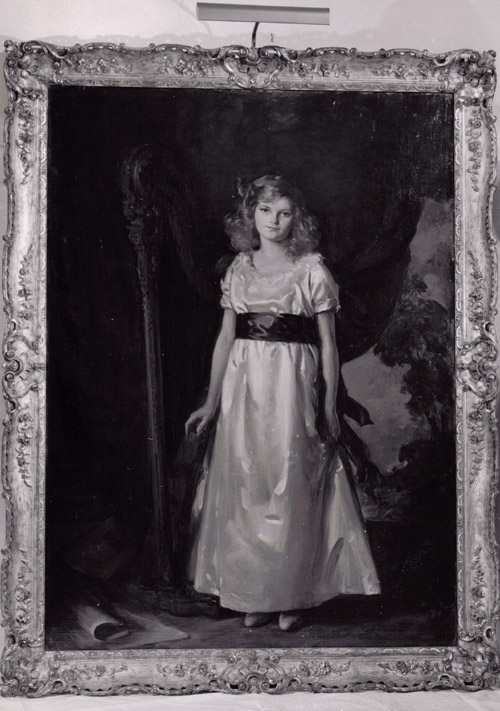 The home really is amazing. Doris Duke collected many unique things on her worldwide travels. Some of the most interesting:

I was actually more impressed with some of the other cool features of the property. Duke not only had a swimming pool in her basement (with salt water piped in from the ocean), but she had a single-person elevator that would bring her down there from the 2nd floor! How cool is that? 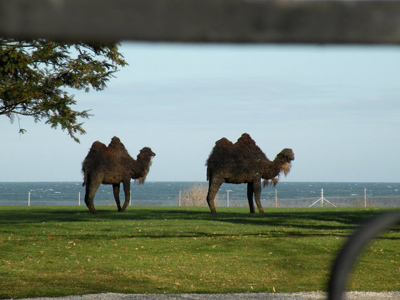 I was also intrigued by stories about some of her guests (such as Elizabeth Taylor and Jacqueline Onassis), and how she kept 2 camels on her back lawn (immortalized in the plant sculptures above) and allowed her dogs to lounge on her 300 year old furniture.

The story goes that when the staff would complain about the dogs damaging the furnishings inside the house, Duke would reply by reminding them that "they live here, you only work here".


I just found out recently that my uncle worked for Doris Duke, and was actually present on the scene just after this accident occurred. He remembers that Mr. Tirella was taking Miss Duke antique-shopping that day in a rented 1963 Plymouth station wagon.

There was much debate about whether or not this was an accident, but after about a week, the investigation was dropped and the incident was labeled an "unfortunate accident". The debate continues to this day. 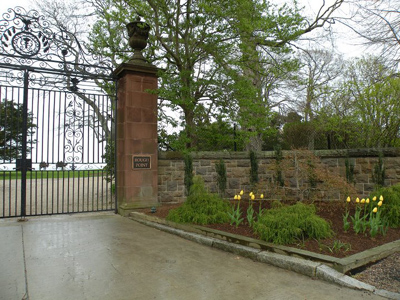 This is a very detailed tour that lasts about an hour. Tickets are a little more costly than the other Newport RI mansions at $25, but children under 12 enter free. You may buy tickets online or at the door depending on availability. If you really want to see this property, make your reservation in advance.

The group consists of only 12-14 people, so it's more intimate and personalized. You'll visit the entire first floor and then go upstairs to see Duke's bedroom.

Aerial view of Rough Point and the rugged coastline 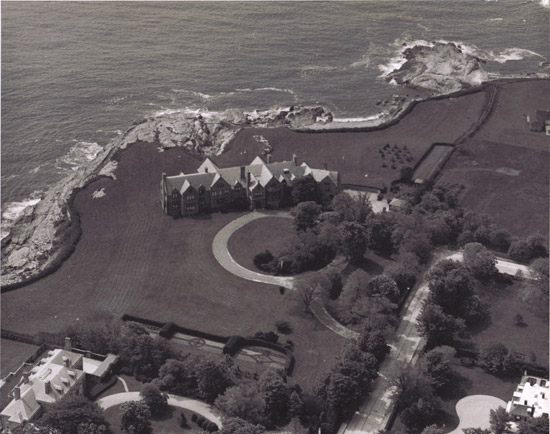 Rough Point is located at 680 Bellevue Avenue (the last house on the left). There is parking available, and the house is air-conditioned and wheelchair accessible. You can contact them at 401-847-8344.