Hollywood loves the "City by the Sea"!

There have been a number of big Hollywood movies filmed in Newport RI, especially in the last decade or so. Producers, directors and actors alike seem to enjoy coming to the "City by the Sea" to shoot their scenes.

Who can blame them?

The Newport mansions, beaches, and many historic attractions all make Newport a great spot to work and play simultaneously.

Below is a list of some of the most popular movies filmed in Newport RI:

The Great Gatsby, starring a young Robert Redford, was based on the novel of the same name written by F. Scott Fitzgerald in 1925.

The movie critiques the extravagant lifestyles of the Roaring 20's, and they couldn't have picked a better location than Newport to shoot this film.

Many of the scenes in this film were shot at Rosecliff mansion on Bellevue Avenue. The beginning of the clip above takes place on Rosecliff's rear terrace, lawn and inside the ballroom. 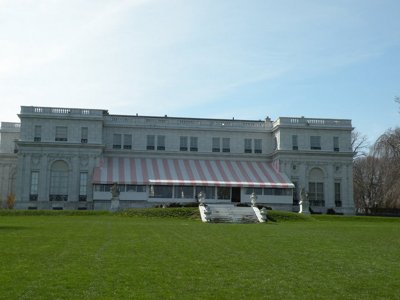 2 Newport mansions can be seen during the opening scene of the movie. The exterior of the Swiss chalet that "The Governator" infiltrates is Ochre Court. The interiors, including the tango scene, were shot in the ballroom and throughout Rosecliff. 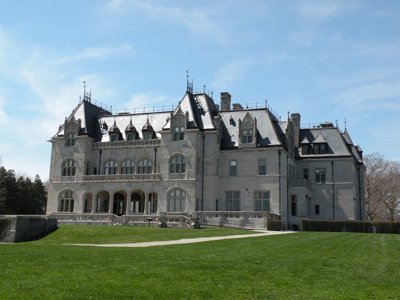 Much of the 1997 film Amistad, starring Anthony Hopkins, Morgan Freeman and Matthew McConaughey was shot in historic Newport.

Newport Colony House - some of the court scenes shot here 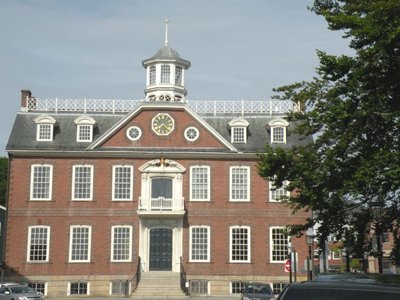 The Farrelly Brothers comedy Me, Myself and Irene, starring Jim Carrey and Renée Zellweger shot some scenes in Newport and other locations around Rhode Island back in 2000.

If you're familiar with Brenton Point State Park and the famous Ten Mile Ocean Drive, you may recognize them in a few scenes. 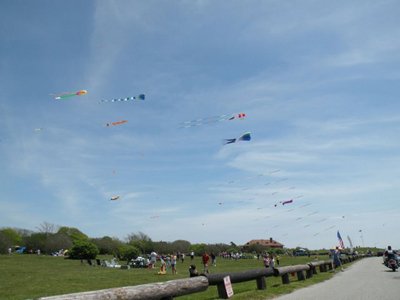 2008's 27 Dresses, starring Katherine Heigl, filmed many of its scenes in Rhode Island. The Newport shots were at Marble House, where you'll see the amazing Chinese Tea House (below). 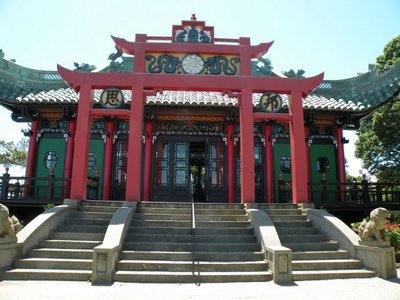 I'm sure we'll continue to see the beautiful "City by the Sea" on the big screen in the future. There are so many beautiful and historic locations to shoot, and Rhode Island is very friendly to production nowadays, so stay tuned.....

The new ABC pilot Body of Evidence was filming scenes in Newport in March, across the street from one of my favorite Newport mansions, Marble House. 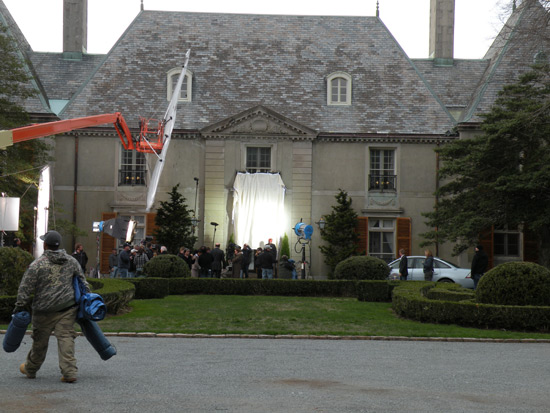