One of my personal favorite Newport RI attractions is

This historic field is one of the oldest ballparks in the country, and is a great spot to enjoy a game with the family. It's right downtown on America's Cup Avenue, across from the Newport Visitors Center and the Marriott hotel. 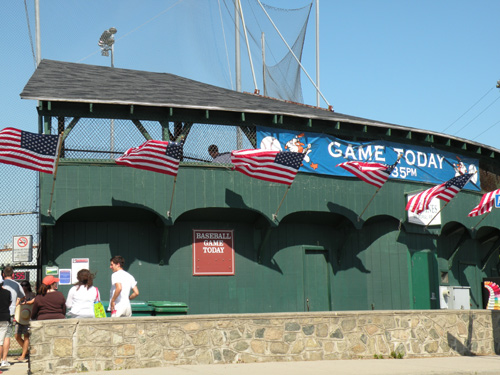 If you're looking for some Newport RI events to attend or some great kids activities, this is the spot.

I was fortunate to be able to play here growing up, where I played in the Babe Ruth League (13-15 yrs old) and for Rogers High School.

In addition to those teams, Cardines Field is also home to the: 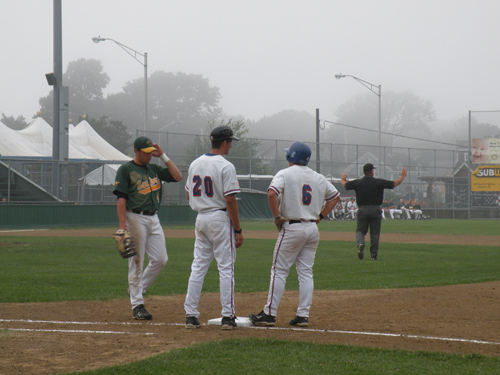 The Sunset League began in 1919, and is the oldest continuous amateur baseball league in the country.

The games used to start at 5:30 pm and be played until sunset (hence the name). Now that the field has a lighting system, games start and finish a little later.

In the early days of this field, some of baseball's greats passed through here, including Satchel Paige, Yogi Berra, Phil Rizzuto and Bob Feller. 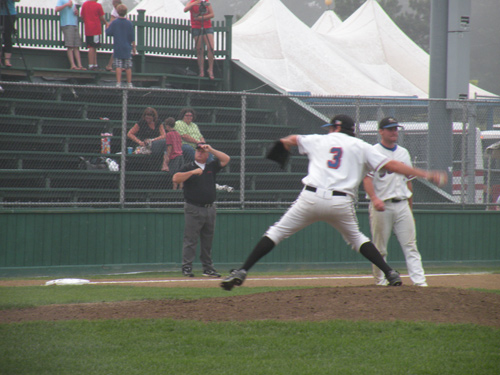 Now, the biggest draw here is the Newport Gulls of the New England Collegiate Baseball League. Attending one of their home games is a great time, especially for children. 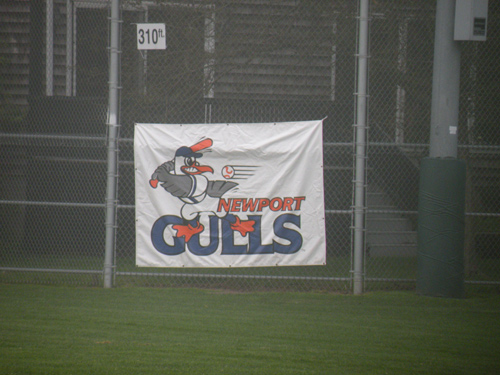 In addition to the great baseball, there are many things to entertain kids at Gulls games, including: 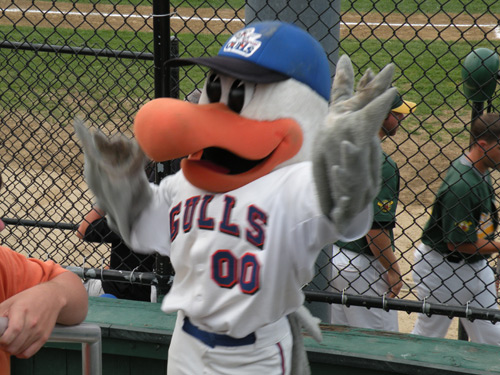 All Newport Gulls games start at 6:35 pm, and you can't beat the price:

Now, your kids may spend 10 times that at the concession stand and the souvenir shop, but at least you can get in for a reasonable price!

The food is pretty good too. The last time I was there, I had a shaved steak sandwich with mushrooms and onions, which I definitely recommend.

You can expect crowds of up to 3,000 people, especially during playoff time in August.

Some of the adult fans are rowdier than the kids 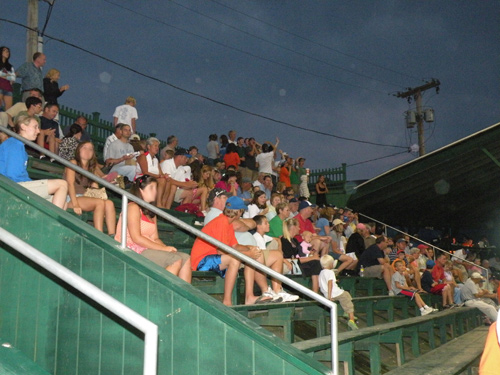 View from 1st base line, behind the dugouts 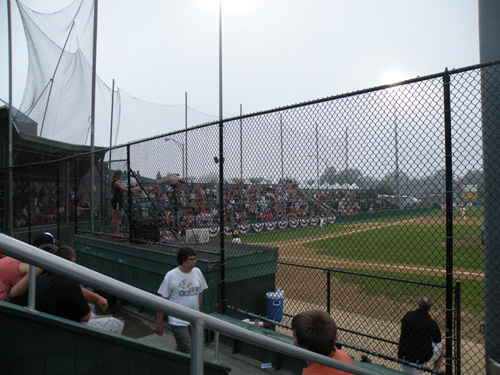 If you're looking for things to do in Newport, catching a game here is a great way to spend an evening. You won't be disappointed. Newport baseball at its finest. 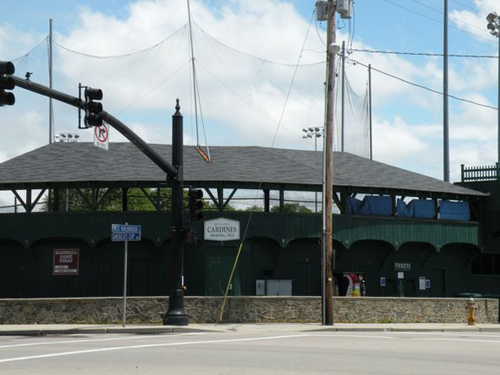