A symbol of religious freedom in Newport since 1763

the oldest synagogue in America, is one of the most popular Newport RI attractions. It was designed by the famed architect Peter Harrison, who also designed Newport's Redwood Library and Boston's King's Chapel.

This site has 30,000 yearly visitors, the most popular being George Washington, who visited the congregation while he was in Newport with Thomas Jefferson promoting the Bill of Rights. 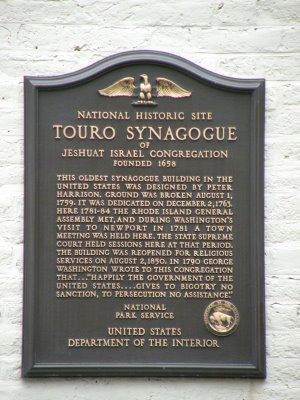 Many Jews fled the inquisition and wound up in the colonies of the New World. The first group of settlers to come to Newport arrived in 1658. Those settlers founded the Congregation Jeshuat Israel (which means Salvation of Israel in Hebrew), which was just the second in the colonies.

Isaac Touro became the first spiritual leader of Jeshuat Israel in 1758. In 1759, the congregation bought some land and hired Peter Harrison to design the synagogue. The work was finished in 1763.

Luckily, even though the British captured Newport during the Revolutionary War, the synagogue was spared because the British used it as a hospital. 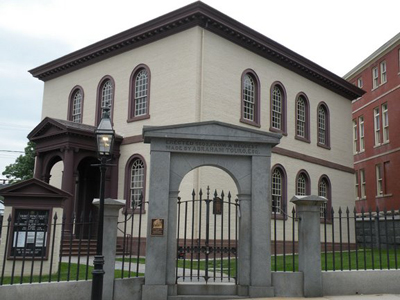 This historic and architecturally significant site was designated a National Historic Site in 1946. The synagogue has a rich history, and has played an important role in Newport's religious and governmental history.

That letter, "To the Hebrew Congregation in Newport," assured the congregation that America would "… give to bigotry no sanction, to persecution no assistance." Washington conveyed the government's commitment to religious freedom. 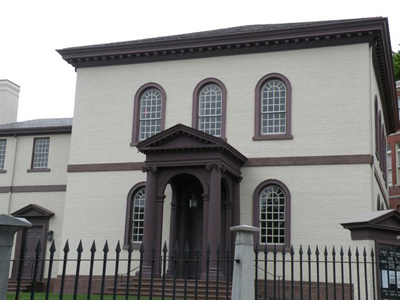 The Ambassador John L. Loeb Jr. Visitors Center is now open. The center honors the Jews who were instrumental in the development of our young nation.

Chick here for more on the Loeb Visitors Center 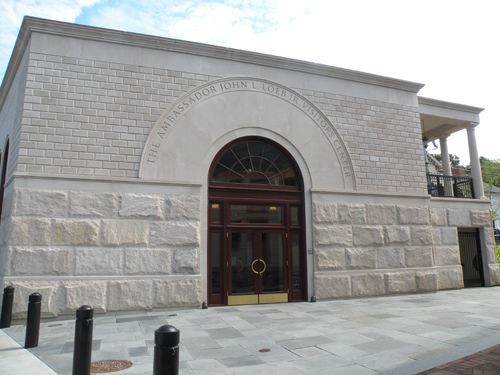 If you're interested in touring the synagogue, you can buy tickets at the synagogue's gift shop or at the Newport County Convention and Visitor's Bureau.

Admittance is free for children under 12, members of the synagogue foundation, NTHP Members and NPS pass holders. 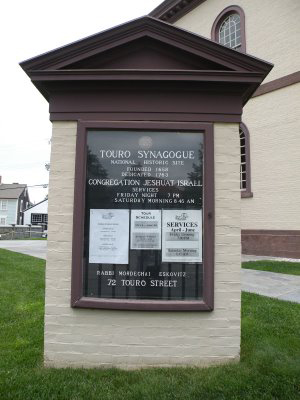 If you're looking for interesting things to do in Newport, seeing this historic site should be at the top of your list.