Playground of the rich for over a century

The Newport Country Club is one of five golf clubs that made up the United States Golf Association when it was founded in the late 19th century.

Originally designed by William Davis, this was the site of the first U.S. Amateur Championship and U.S. Open in 1895.

Tiger Woods won the club's centennial tournament here in 1995, and a year later, Annika Sorenstam was victorious here in the 2006 U.S. Women's Open. 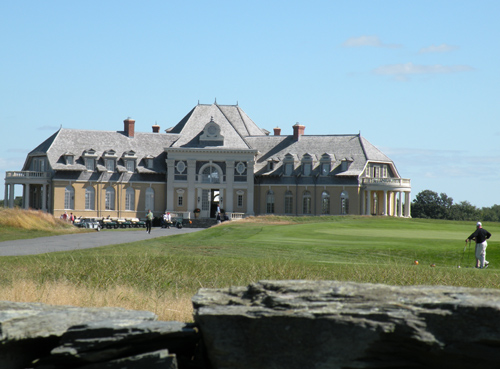 The Newport Country was founded by members of America's most prominent families in 1893:

The land for this course, located on the breathtaking Ocean Drive at the southern end of Aquidneck Island, was purchased by this group for $150,000. The course was originally only 9 holes, but was later expanded to 18 holes by architect Donald Ross. 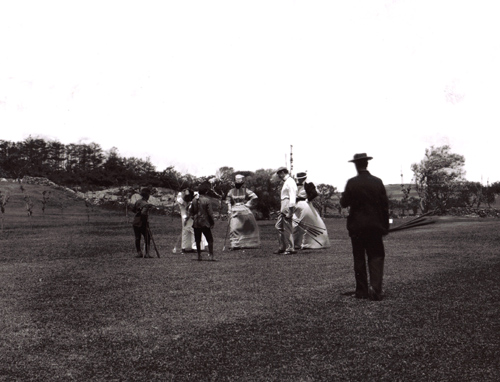 I wonder what the elite founders of the club would think about the golfing attire and the way the game is played these days. Would someone like John Daly even be allowed to step foot on this course? Hmmm.....I doubt it. 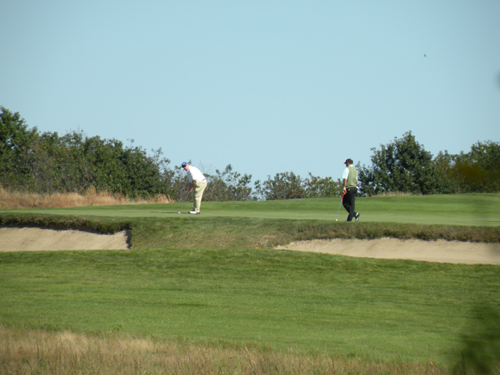 One of the biggest admirers of the Newport Country Club was the 34th President of the United States, General Dwight D. Eisenhower. Ike spent his summers in Newport from 1957-1960, and he played here every chance he got.

During a 25 day stay in the summer of 1957, he played here all but 3 days. Today's media would've been in an uproar about how much golf he played!

Eisenhower loved playing here so much, that he actually moved his summer residence from Newport's Naval War College to nearby Fort Adams in order to be closer to the country club! 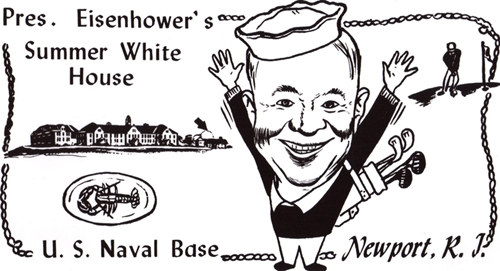 The image above, created by my talented grandfather during the years Ike spent here, sums up the President's time spent in Newport pretty well. 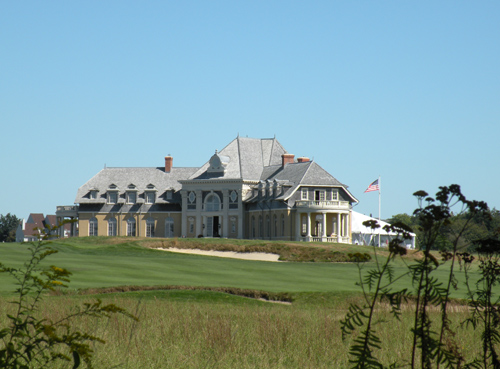 As the sign says, this is an exclusive private club. So if you want to play here, you have to know someone, or be extremely friendly and fortunate and befriend a member while you're out on the town at night! 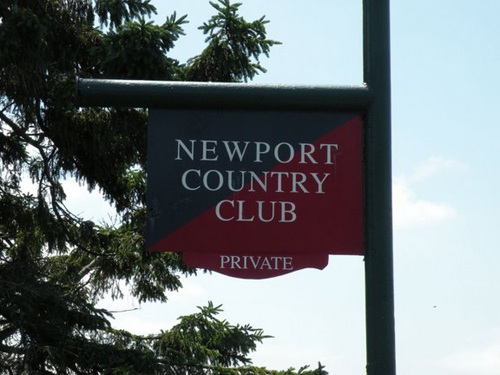