From the Vault #5Random shots from around town

Here are some more

great old photos of Newport RI. Some were labeled on the back, and on others you can make out many of the signs of the old businesses.

Be sure and click on each image for a larger view, and if you have any information on any of these old sites or businesses, please contact me and let me know. I'm sure other visitors would be very interested. Thanks!

This shot is of the old Bijou Theater on Thames Street. This vaudeville and movie house was open during the first 2 decades of the 20th Century. Admission was only 10 cents, so you know it had to be quite some time ago! 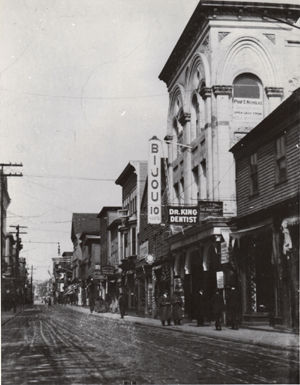 I can make out a few of the other signs:

This looks like it was taken in front of the Newport Colony house, looking up Broadway.

John B. DeBlois Broadway Market is on the left, and check out the brave guy up on the pole on the right without a harness! 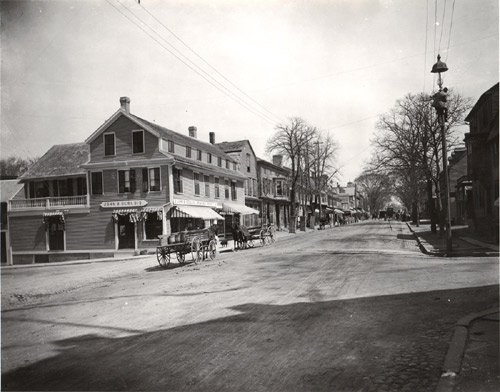 I'm pretty sure this is Long Wharf. It's not easy to see, but if you look closely, you can make out the man's long beard. 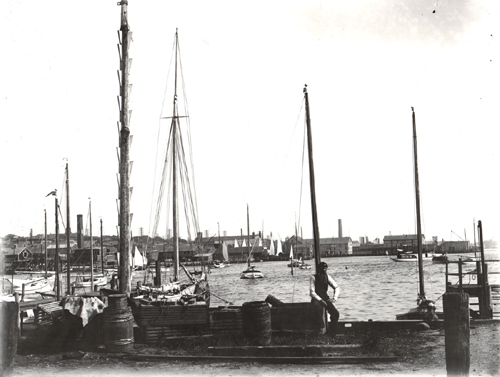 This is a shot of the old Newport Casino on Bellevue Avenue, which first opened to patrons in July 1880 as a social club. The International Tennis Hall of Fame was established here in 1954. 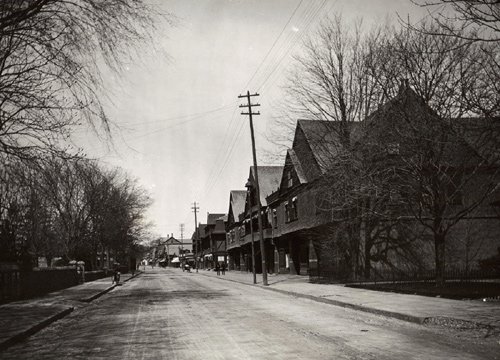 This photo was labeled "Marlborough Street" on the back. In addition to Carlton B. Lawton Harness Supply, I can also make out the following: 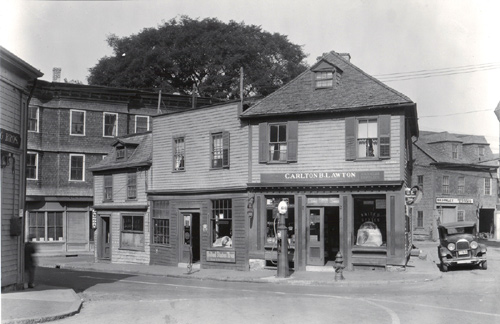 This one was labeled "Thames Street" on the back. If you zoom in on the sign on the left, you can make out Caswell, Massey and Co. at 167 Thames Street.

I can also make out: 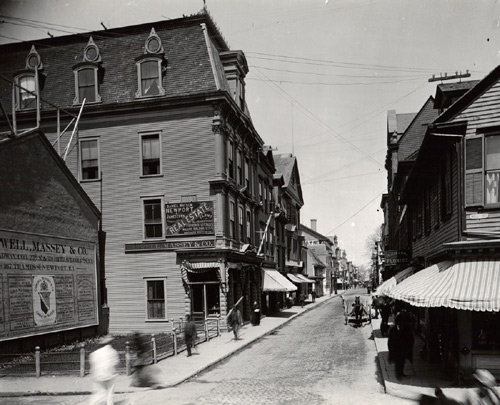 The Street and Highway Department can be seen in the foreground on the right, and if you follow Long Wharf up the street, you can make out the Newport Colony House in the background. 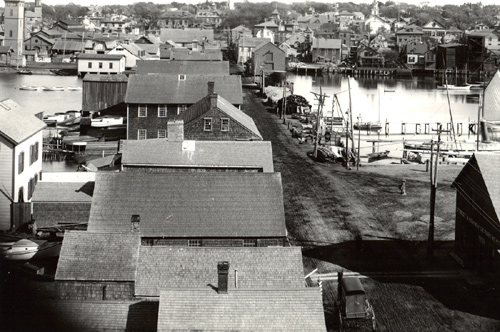 This shot was taken at Congdon Park, located at the corner of Broadway and Everett Street.

The Grand Army of the Republic, Civil War Soldiers and Sailors Monument is the work of William Clarke Noble. It was erected in 1890, and restored in 2001. 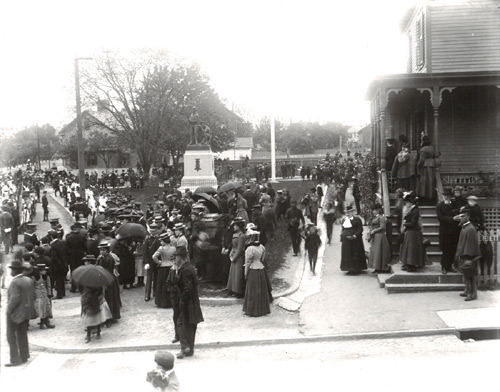 "in memory of the brave men who fought for their flag, that the nation might live."

This shot was taken in front of Newport City Hall, facing Washington Square.

George A. Water's Agricultural Emporium and a grocery store can be seen on the left, and Downing something (maybe Downing Bros.?) is on the right.

This one was just labeled "Railroad". I'm not sure, but it looks like this little pond was on the north side of Long Wharf.

If I'm mistaken, let me know. 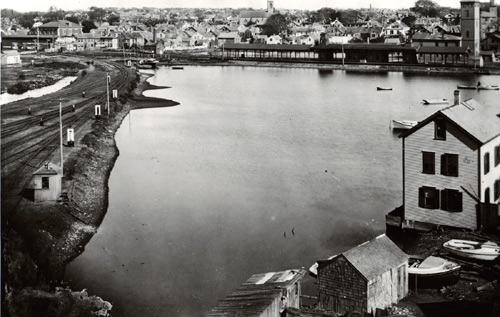 I hope you've enjoyed these old Newport RI photos from the vault. If you want to see more old photos like these click on the link below to see previous updates.