Tennis and the Newport Casino

Tennis and the Newport Casino, Arcadia Publishing's latest addition to their

Images of Sports series, will be released on Monday, June 6th, 2011! If you love tennis, history or anything about Newport, then you're in for a treat! 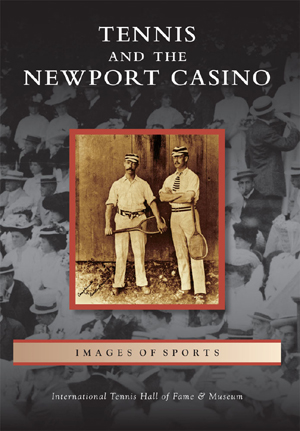 This work, a collaborative effort of the museum staff, tells the story of early tennis history with over 200 vintage images and memories (I don't know about you, but the guys on the cover look pretty tough! Are we sure they weren't boxers?).

When most people think of Newport, they think of sailing, shopping and mansions. But did you know that Newport was the birthplace of American tournament tennis in 1881?

Or that the U.S. National Singles Championship (forerunner to the U.S. Open) was hosted here annually until 1915?

Or that its courts are the nation's oldest grass courts continuously used and they're also the only competition grass courts that are open to the public to play on? 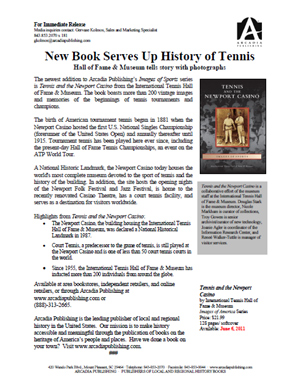 Like I've said before, tennis isn't my favorite sport, but the International Tennis Hall of Fame is amazing! It's a great sports museum that everyone should see for themselves.

I can only imagine the level of knowledge and passion the museum's curators have and I look forward to seeing it on display in this book!

To pre-order your copy, visit Arcadia Publishing or Amazon at the links below: